A very clever take on the classic one-man-play, Krapp's Last Tape, only instead of a 69-year-old man doing the soul-searching, it's a 17-year-old kid the night before he takes his college SAT exam. As you can image, things go wonky (not to give away the wonkiness) and the kid makes some mistakes we can all relate to, having survived being teenagers ourselves. This is an ambitious attempt to mimic/parody the writing style of Samuel Beckett, and mostly it works, so much so that those not familiar with Beckett's play may be lost in translation, because young Denzil says and does things that seem random if you don't know the play. Also, depending on how you interpret the ending of Krapp's Last Tape (which is purposely ambiguous, and has been debated in AP English classes for decades), you're not sure what fate lies for young Denzil at the end of the night. Since the playwright fully admits that this is his personal story, we know teenage Denzil did not kill himself. So then that begs the question, what happened the next day when young Denzil was supposed to take the SAT exam? Did he blow it off? Did he suffer through the test and bomb? What happened? Still, it's not enough of a quibble to take away from the experience. Make sure you see this with friends, as you'll want to discuss it together after you leave. 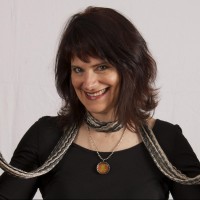