There is so much going on to keep us occupied from start to finish, from the crazy graphics on the walls to switches in character (from writer to narrator to teenage boy struggling to study for the SAT's) with even a little drug exchange thrown in. I loved the the jazzy style of the writing. It was non-linear with a generous dose of non-sequitors thrown in, like beat poetry mixed with existentialism. All of Denzil's characters are fun physical manifestations of the various selves trying to make sense of his story. I especially loved when he started slam dancing to 80's punk rock as the 17 year old. Denzil Meyers is a gifted performer who draws you into the craziness of his mind through well crafted physicality and complicated sentences. He doesn't let you or himself off the hook with his exploration of the truth, except perhaps when he takes a moment to show you the best way to peel a banana. I am not really sure what I saw or what it all meant, but it was a lot of fun and engaging. I would see this show again and hope he continues to develop it. The Fringe is the perfect place to launch such a show. It was fun to spend an hour in the middle of the night and get a glimpse into the inner colorful rooms of Denzil's memory. I thought I knew my friend Denzil, but UNREEL proves that there is so much going on inside each of us that even our close friends and collaborators will never really know us. What is brilliant about this surreal solo show is Denzil's non-judgemental look into his own crowded brain to uncover a memory from the distant past. 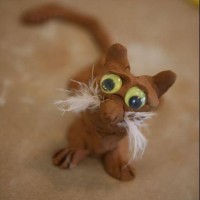