Musically, the show is excellent. The actors (George Clements (★FB) Paul Simon and Andrew Wade (★FB, FB) Art Garfunkel) are great performers, and capture the harmonies well. Individually (and when not singing) they don’t quite have the same voice and personality of the originals, but the personality that does shine through it good. [...] On the story side, however, there could have been so much more. It is here that the lack of participation by the real Paul Simon and Art Garfunkel were apparent. The audience was left wanting for more details on the backstory, for more details on the backstory of each of the songs. The projections would have been so much better with real pictures of the duo from those days, including pictures that had never been seen before. But although there were some bits of information there that might not have been well known, there just could have been so so much more. 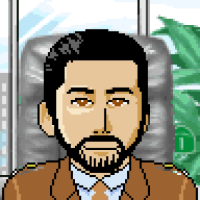 Daniel Faigin has been regularly attending live theatre since he went with his parents to the LA Civic Light Opera production of "The Rothschilds" in 1972. Since 2004, he has been writing up every live performance that he attends -- theatre and concerts -- on his blog at http://cahighways.org/wordpress/?cat=51 . In real life, he works as a cybersecurity professional; in addition to theatre, he has a love of the California highway system.
ADS