Sacred Fools Theater Company's world premiere of Deadly, a new musical by playwright/lyricist Vanessa Claire Stewart and directed by Jaime Robledo, is about the victims of notorious serial killer H. H. Holmes [...] Stewart set out to create a show that focused on the stories of the women gone too soon at the hands of Holmes. And she did just that.

The cast, collectively, is extremely talented and truthful. It was evident that each performer believed in the story they were telling. 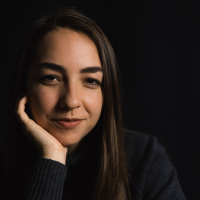 Kelsey Goeres is a writer, actress, improviser, and director from the California Central Coast. She received a bachelor's degree from California Lutheran University in journalism and theatre arts. Kelsey's currently a lifestyle and entertainment reporter and has written for such outlets as Yahoo!, AOL, Apple News, and The Cheat Sheet.
ADS