In olden days, raves often used the phrase “the bright new musical comedy” and having just seen the bright new musical comedy called The Bully Problem, I find myself thinking about how it exemplifies many meanings of the word, “bright.” We say intelligent people are bright, and Michael Gordon Shapiro’s book, music and lyrics are, first and foremost, smart. The plot is on the silly side, but there’s a level of thoughtfulness in the plentiful jokes, and cogent construction in all the songs. There’s also bright in a musical sense, as in Oscar Hammerstein’s lyric, “Brisk, lively, merry and bright - allegro.” The Bully Problem rockets along with unflagging energy. This feat is particularly hard to pull off these days, and it’s a tribute to Shapiro’s writing, Joanna Syiek’s directing, and a fully committed cast of 15 (!). “Bright” can also refer to colors, and Michael Mullen’s costumes effectively pop out of the black box background and white grid set pieces. Another way The Bully Problem embodies brightness is that like the musical comedies of the distant past, it refuses to wallow in a negative emotion for too long. That’s the problem with other shows about the scourge of bullying: they state the obvious, that being bullied is a depressing thing. Here, satisfyingly, the picked-on get busy turning the tables on their oppressors, and the piece is never preachy or sanctimonious. It’s too - what’s the word? - bright for that. 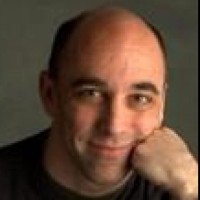