8 Vignettes about women in the workplace that happen to occur in the ladies room. 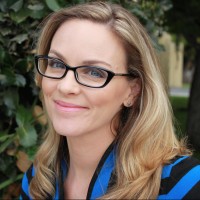 Excellent show all around! The script is funny and moving, very tight and witty with realistic and relatable characters. The cast is super talented and balanced; it’s a real pleasure to watch them work together. The show is well directed with a nice pace and run time. I loved the set pieces and the sound cues were spot on. Definitely grab some girl friends and see this show!

...it’s all so perfectly contained in the hour or so we spend getting to know these remarkable and disparate characters that, in the end, it feels like not nearly enough.

... These stories might be familiar, but it’s that which makes them relatable and very important to us all.

“Tales From The Powder Room” won the Encore Producers award this year and I can totally understand why…it’s brilliant!!

An exceptional well directed and written play with some of the most talented and diversified actors I have ever seen perform on the same stage. It kept me on my seat with every scene and wanting for more.
Davida Sal who played Georgia stood out from the rest of the cast on her performance as a transgender working in a very difficult corporate environment. Davida is an upcoming actor for Hollywood to take notice seriously.

Funny, poignant, and brilliant. I could watch this play 10 times. The players had an exhuberance that seems to have come from their love of the material. Many surprising paths are followed, including a very surprising role for Davida Sal, which she played empathically. I wish the play was still on; hope it will find a home for more performances.

I enjoyed this play so much! The writing, direction, and acting were all top-notch, and I was astonished at how with so few props these actresses transported an entire audience into another place, with seemingly no effort at all. I felt every triumph, conflict, loss, and hope as these actresses brought their characters to life with grace and total humanity. Davida Sal and Lara Helena were particularly outstanding, and I look forward to seeing this entire cast succeed in many more roles. Very well done!

What starts out as a simple glance into a corporate office's lady's room becomes a parade of vulnerability and Dorothy Parker-esque escapades into what it means to be a woman in the year 2019, when drama happens between the hours of 9 to 5...

I very much enjoyed the whole production, very well written, directed and all the actresses were outstanding. I cried and I laughed. Davida Sal's portray of Georgia had so much humanity and depth. What could have been outrage from her character at Kendra, greatly portrayed by Lara Helena, hostility was instead handled with calm, almost loving energy to try to convince her of her spirits goodness, no matter what a person chooses to do with their own body. Well done Robyn Migel, looking forward to the Whitefire Theater Run.

A thoroughly enjoyable play that was well written and wonderfully acted. I especially liked the premise of the entire play taking place inside a woman's bathroom. The actresses acted as though towards a mirror that was the audience. This accentuated the wonderfully raw emotions as they, and we, were hyper aware of their external and internal dialogues. Some potent circumstances and interactions were powerfully acted. Shout outs go to the director and all the actresses, especially Lara Helena as Kendra and Davida Sal as Georgia.

...Both actors display a fearless intensity, and the scene leads to an unexpected and satisfying conclusion. Excellent performances highlight how attractive this play may prove to be for women actors of any age looking for a spotlight to shine in.

Also playing on The Complex Hollywood’s boards right across the hall from the Ruby in The Dorie Theatre was Tales From the Powder Room by Robyn Migel, which won First Place for the Better Lemons Audience Choice Awards and has been extended. This play’s entire action is set in a workplace powder room, a euphemism for the ladies room, thus all of the characters and the eight thesps are females. In this woman-oriented hour-or-so play, the dramatis personae go to the bathroom in a series of six insightful vignettes.

A play that goes straight to our societal problems. Very entertaining. Cast is very sweet and hard working.

Wow, I can't say enough about this amazing concept for a play. I loved being on the other side of the looking glass and was vicariously transported into the worlds of these 6 acts. I can't necessarily pick a favorite because each had it's own powerful message, however the act that included DaVida carried the most important message that I could personally relate to. I hope Tales will grow and additional "tales" will be added into the mix. I am ready for the sequel, so loved it!

This play was fantastic! I love the all female cast. I loved the complex stories of the characters and everyone did such a good job of being in their element.

I’m so glad I had the opportunity to come see Tales From the Powder Room. Not only did the stories themselves touch on some of the important topics of today but the characters were all portrayed with great sensitivity, strength and a touch of humor. Davida Sal and Lara Helena in particular showed great immersion and credibility in their roles and I left the theatre feeling almost as if I had been a part of a real life event instead of a theatrical performance.

Tales from the Powder Room gave us a bird’s eye view of the triumphs, trials and tribulations of 9 woman navigating their personal and professional lives. The audience was in the restroom on the floor of a corporation, where we were on the other side of the mirror. We were privy to woman speaking to themselves and one another as they navigated the vicissitudes of life. Of the five vignettes, one stood out. The scene with Georgia (played by DaVida Sal) and Kendra (played by Lara Helena) was a passionate and biting exchange over the tension between religious dogma and the right to freely express one’s sexuality.

Excellent writing by Robyn Migel. I especially loved the performances of DaVida Sal and Lara Helena, Funny insightful fly on the wall moments in the ladies privy.

WHAT A DELIGHTFUL SHOW! SO MANY TALENTED WOMEN ACTING IN THIS PLAY, WITH SO MANY IMPORTANT MESSAGES ROLLED INTO ONE, IT'S HARD TO CHOOSE A FAVORITE. EVERY VIGNETTE WAS ENTERTAINING, WHILE GIVING A GLIMPSE INTO THE DAILY STRUGGLES OF WOMEN, THROUGH THE LOOKING GLASS OF THE POWDER ROOM. I WAS PARTICULARLY BLOWN AWAY BY MEGAN OLIVIA'S PERFORMANCE -INJECTING COMEDY INTO WHAT COULD BE OTHERWISE SEEN AS A TRAGEDY. FANTASTIC COMEDIC ACTING!! SHE HAD THE ENTIRE AUDIENCE UPROARIOUSLY LAUGHING! GO SEE THE PLAY AND SUPPORT WOMEN ACTORS, DIRECTORS, WRITERS AND THEIR STORIES.

Tales from the Powder Room is a periscope view into a corporate women's restroom. On one hand a sanctuary, but on another, violated by corporate posturing at times. Well performed, overall, with two standouts: Megan Olivia, with her over the top performance. Davida Sal, with her extremely touching and deft handling of her emotions in what could be a very tense situation. The rest of the cast were very good, but had less to work with in their scenes. I highly recommend this play!

Amazing CAST such a jaw dropping performance by these wonderfully talented ladies! Stand out was Davida in her emotional dialogue, I felt like I was there experiencing every emotion with and through her! Spectacular!

With spare but effective staging placing the audience on the other side of the mirror in the powder room, the five vignettes we powerfully written in a corporate setting which revealed a lot more than office politics tackling deep issues. A mother dealing with an insensitive school bureaucracy in defense of her child, a stunning transsexual confronting the bigotry of the religious right and the heart wrenching defiance of a woman without friends facing a death sentence from cancer alone were moving and memorable. The only less convincing tale from the powder room was about the angst over a pregnancy test which was over-acted but again like all the vignettes beautifully written and cleverly staged. Bravo to all.

Tales from the powder room was truly a wonderful show. This is not a show about male bashing. This is truly a well written shows that gives a few examples of what all types of women from different backgrounds think and go thru in a day in the life at the office. There are truly thoughtful moments in the show that presets topical ideas and as the audience member you may struggle with how you would respond. Good...Bad... We are all human!

This was an incredible performance by some very talented women! Davida Sel performance was incredible and heart felt! She really captured my heart and I felt her emotions! The Dragon Lady was also very good! I teared up when she performed! All the women were really seasoned actors with convincing stories and amazing energy!!! The director and writer really knew how to touch peoples hearts! The audience was laughing and getting emotional! Quite profound!

Great show, very entertaining! Strong messages for all women. Amazing acting from a very special Davida Sal , her performance was strong and memorable. All the ladies displayed their characters effortlessly. I laughed, I cried, I would watch it again and bring a friend. Thank you!

Tales of the Powder Room was nothing less than amazing. Great writing combined with great performances. Who knew the bathroom could be such an interesting place! The play touches on many important subjects relevant to today's world.

Last Sunday I had a blast watching the girls talk in the restrooms. The dialogues were profound but funny at rhe same time. The girls were fantastic especially David's Sal who was very reel with her emotions. I highly recommend this play