24th Street Theatre, in association with the Wallis Annenberg Center for the Performing Arts, presents a sophisticated reimagining of a classic fairy tale geared for adults and children alike. Commissioned by 24th Street and written by Olivier Award-winning playwright Mike Kenny (Walking the Tightrope), the world premiere of Rapunzel Alone is scheduled for a March 5 opening at 24th Street Theatre, followed by seven performances at The Wallis March 12 through March 19, and a return to the 24th Street venue March 26 through April 30. Low-priced previews take place February 25 through March 5 at 24th Street. To increase audience accessibility, the performances at 24th Street will feature Spanish supertitles.

Loosely inspired by the famous children’s story, Rapunzel Alone centers on Lettie, a young mixed-race girl from London who is sent to the countryside for her own safety during the daily bombings of World War II. On an isolated country farm, she faces her own battles with a strict new guardian and a very “fowl” goose.

24th Street initially commissioned Kenny in 2019, pre-pandemic, to adapt the Brothers Grimm classic in response to increasing isolation among teens coming of age in the world of social media. Then everything changed. Over the course of the past two years of pandemic, lockdown, social uprising, election, insurrection, climate calamities and war, the play continued to evolve as the world changed around us.

“The play is about our need for connection,” says 24th Street Theatre artistic director Debbie Devine, who co-directs with Jesús Castaños-Chima. “How the consoling power of connection heals the agony of isolation.”

“I’m a fan of historical fiction, but rarely see anyone who looks like me in that genre,” says Cox, a mixed-race actor who stars as Lettie.

“I love that the play introduces us to Caribbean culture in England during World War II,” agrees Neish, a first-generation Jamaican-British actor who plays Lettie’s guardian, Miss Pearce. “My parents immigrated to London not long after, in 1955, and would tell me stories about how isolating it was for a Black person to live in London at the time.”

In a review of an audio-only version of the play, created last fall as a “teaser” for the in-person world premiere, Broadway to Vegas called Rapunzel Alone, “Enchanting… All events in this production are metaphors constructed in a way that are understandable for children, yet not boring to adults… encourage[s] people to think about and discuss universal problems: loneliness, being bullied, being lied about, isolation, heartache, struggle, taking on too many responsibilities and looking out for others.”

The audio version remains available for listening at https://soundcloud.com/user-978180212/rapunzel-alone.

As an adjunct to both the in-person performances and the audio recording, “Lettie's Journal,” a hauntingly beautiful visual record of the character’s experiences is available for both online viewing and digital download.

24th Street Theatre, a multiple award-winning professional theater company, has created a name for itself as leading producer of emotionally rich and provocative productions for families. Rapunzel Alone can be enjoyed by adults, as well as by kids ages 7 and up.

Mike Kenny is one of the England's leading writers, specializing in young people's theater. He is the recipient of numerous awards, was included in the Independent on Sunday's list of Top Ten Living UK Playwrights and his plays are performed regularly throughout the UK and all over the world. In 2013 he was given an Honorary Doctorate of Letters by Nottingham University, England.

Proof of full vaccination (including booster shot if eligible) and government issued photo ID are required for admission for all patrons ages 5 and up. Patrons who are exempt from COVID-19 vaccinations must show a negative PCR test result within 48 hours or a verifiable Antigen test within 24 hours from your performance date. Masks, covering both the mouth and nose, are required throughout the performance; N95 or KN95 masks, or double masking with a surgical mask and fabric face-covering, strongly recommended. The chemistry between the two main actresses, Tara and Marie, is excellent, and the relationship between the two characters comes to life on stage. Miss Pearce's character is rendered so wonderfully onstage.

Like Kenny’s Walking the Tightrope (also produced by 24th Street Theatre to a well-deserved galaxy of acclaim), Rapunzel Alone examines the tragic realities which imprison life through the prism of a child’s viewpoint.

The chemistry between the two main actresses, Tara and Marie, is excellent, and the relationship between the two characters comes to life on stage. Miss Pearce's character is rendered so wonderfully onstage. 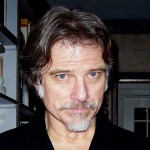 Like Kenny’s Walking the Tightrope (also produced by 24th Street Theatre to a well-deserved galaxy of acclaim), Rapunzel Alone examines the tragic realities which imprison life through the prism of a child’s viewpoint.